As time ticks down to Diablo Canyon Power Plant’s closure, key decisions are looming and REACH is actively engaged in shaping the potential for innovation and jobs at the site.

The future of Diablo Canyon is not only a core initiative in our REACH 2030 plan, word of its impending retirement was also an impetus for the founding of the organization (then called the Hourglass Project) and remains a central focus of our work.

This sort of sustained, proactive engagement is crucial in gaining beneficial outcomes from an incredibly complex process involving many moving parts and lots of uncertainty, Jim Hamilton, executive director of the D.C.-based Nuclear Decommissioning Collaborative, said at a meeting of the REACH Council earlier this month. 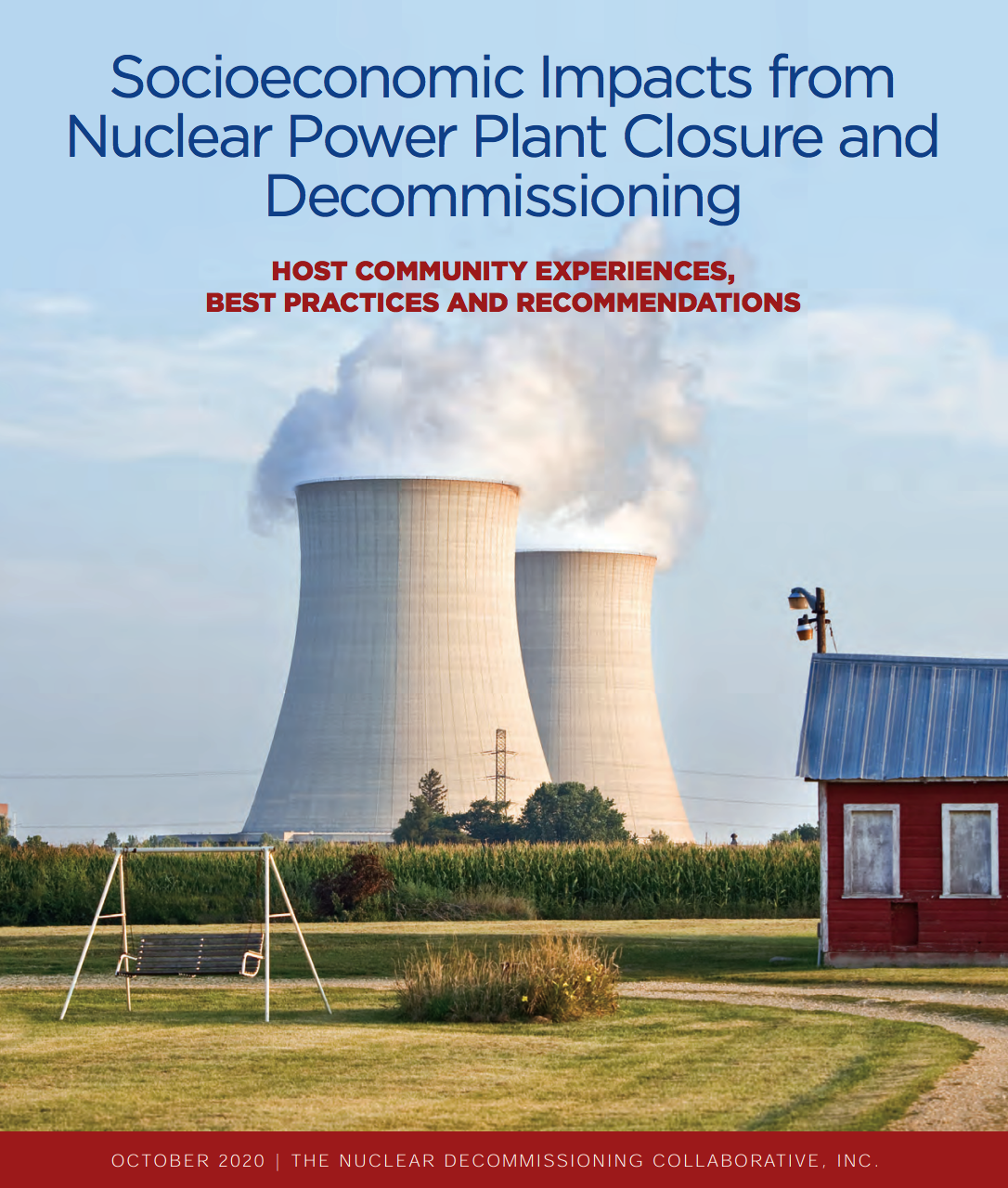 The nonprofit collaborative released a report last month on the socio-economic impact of nuclear plant closure on host communities across the country, including Diablo Canyon and REACH’s involvement (under the Hourglass Project name). Many of these communities suffer widespread setbacks and struggle to achieve economic recovery, the report notes.

Starting recovery planning early has given the Central Coast a leg up, Hamilton said. But with scant success stories or best practices to point to, continuing to build a broad coalition of stakeholders collaborating toward a shared vision is the best path forward.

This means honing in on common goals with PG&E and other stakeholders, finding ways to support the utility through the complex permitting process and defining ways to transform the site into a catalyst for economic opportunity.

Such strategies, Hamilton noted, “can make a material difference in outcomes.”

Here’s a check-in on where things stand and the road ahead.

Is decommissioning on track?

PG&E strongly favors immediate decommissioning — clearing the way for new occupants and alternate uses — but a series of hurdles remain. First is Public Utilities Commission approval of PG&E’s proposed budget, changes to which could scuttle the plans. Next up is the decommissioning application, set to be submitted to SLO County in late January. 2022 and 2023 bring environmental impact and Nuclear Regulatory Commission review, so several years of hammering out specifics lie ahead.

Has a future use been identified?

REACH envisions a hub of renewable energy, marine science and water resiliency research and innovation on Parcel P, leveraging the plant’s significant existing facilities and infrastructure, a vision that aligns with recommendations from the Decommissioning Engagement Panel. But the lengthy runway of decommissioning — stretching 8-10 years beyond the closure — has made securing new tenants challenging, Jones noted. These are key decisions for Diablo and REACH is tackling that challenge, working with state, federal, academic and private sector partners on creative solutions. 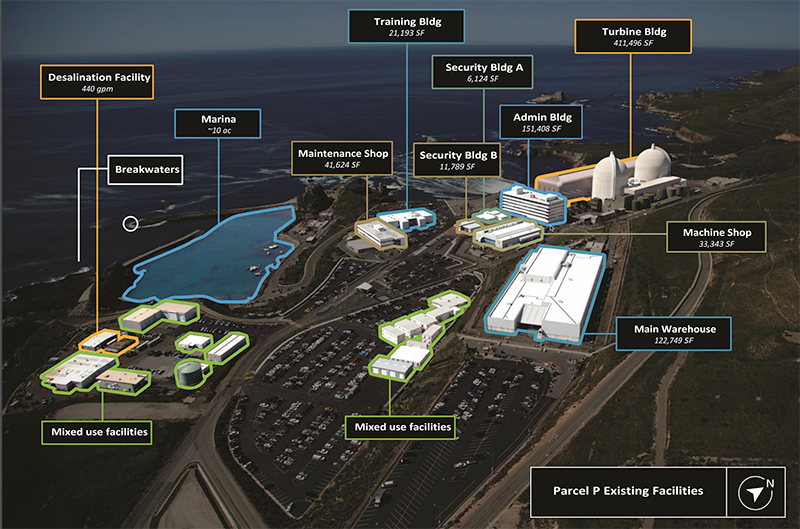 What’s happening with the harbor?

Both PG&E and the decommissioning panel favor preserving the 11-acre harbor and breakwaters, which would be incredibly costly to dismantle. But again, the question of who takes on its management looms large and is part of key decisions for Diablo. One possibility is legislative action to convey the marina to a local government entity, and ongoing maintenance costs must be considered. 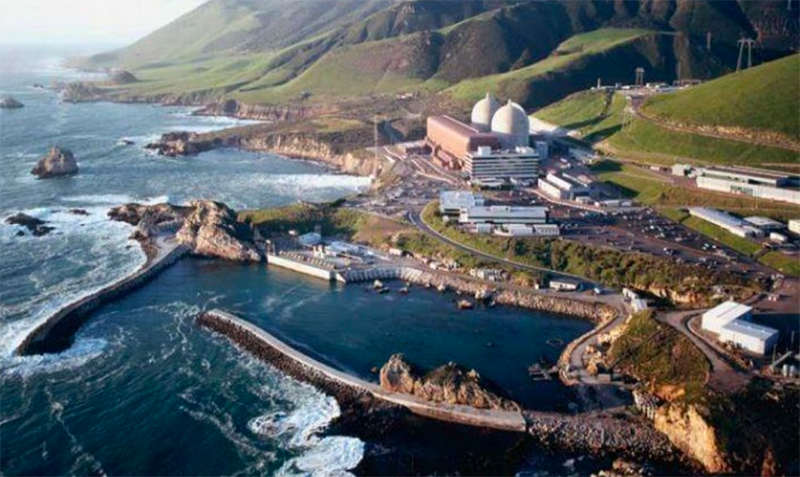 How about the rest of the land?

The plant is surrounded by 12,000 acres of largely pristine land, which REACH is working with partners to conserve as a mix of open space and public recreation. The Diablo Canyon Lands working group, of which REACH is a part, expects to release stewardship models and recommendations early next year, said Woodruff, but broad directions are emerging. (Click map for a high-resolution version.)

The Northern Chumash yak titʸu titʸu yak tiłhini tribe has first right of refusal on the 4,000 acre North Ranch (north of Parcel P outlined in yellow) and is likely to gain ownership, ideally with a conservation easement, Woodruff said. The 6,000-acre South Ranch (the turquoise area south of Parcel P), which encompasses Point San Luis and the lighthouse is also most likely headed toward conservation with managed public access. And the Diablo Lands working group is hopeful that State Parks might purchase the 2,400-acre Wild Cherry Canyon, Woodruff said. 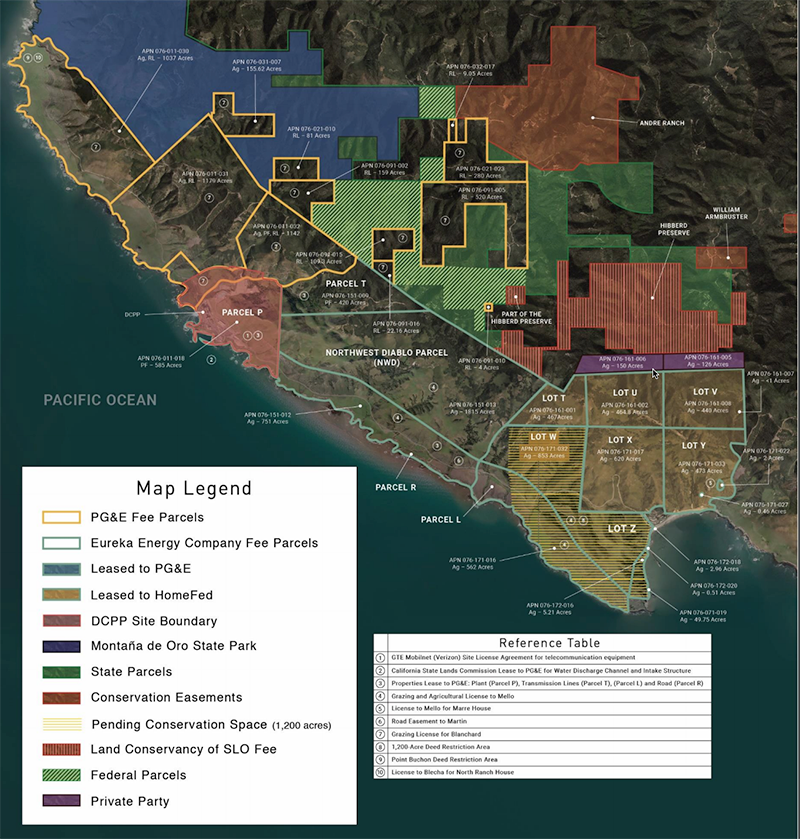 Our mission is to increase economic prosperity through big thinking, bold action, and regional collaboration.